Are You Too Sensitive?

Women & depression … it’s such a complex issue. And there can be hidden triggers lurking underneath the surface, causing the depression.

It’s complicated, in part, because …

One possible hidden depression trigger is being a highly sensitivity person (HSP).

If you’re a wonderfully sensitive person, noises, lights, fabrics, and/or other people’s energy (among almost any other sensory thing) can just be too much for your system.

That could be pretty painful, no? 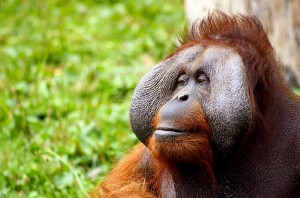 It can hurt to be highly sensitive.

… well, I think that’d be a set-up for feeling depressed (or anxious; or both), don’t you?

And then, there are the possible reactions to and neurochemical results of how your body/mind/psyche processes all that incoming, too-much sensory stimulation.

Depression may be one of those results.

You’re Not Doomed to Depression

Genes are activated or turned off by the environment, including in cases of suicide, as brilliant Canadian studies have shown. Nobody is born doomed to depression and nobody is born with low self-esteem. … .

[Robin Williams’s] warmth and vulnerability and his stupendous creative genius as a comic all rested on his extraordinary sensitivity. A sensitive person, by definition, feels more than others. A mildly noxious stimulus that may cause slight discomfort to a more stolid personality can inflict agonizing pain to one with a hypersensitive temperament. Temperament is significantly conditioned by genes. How it unfolds depends upon formative life events.

His found his father “frightening” and, like many children who feel intimidated at home, he was bullied in school. He was emotionally alone.

Exquisite sensitivity isn’t a character flaw, or a disability. It isn’t something to be ashamed of. And yet, we’re taught exactly these things.

Sensitive children are often bullied, both at home and at school. Sensitive adults can struggle their entire lives, wondering what’s wrong with them.

When, in fact, the right question to ask is, “How do I live from my truth?”

If you think you might be an HSP, you’re not alone. It’s estimated that 20% of people fit the criteria for being an HSP.

Here’s one way to explore whether or not you might be an HSP. It’s a free online quiz from the psychologist, Dr. Elaine Aron, who (literally) wrote the book on being highly sensitive.

Isn’t it time to start living from your truth? How much longer are you willing to put your life on hold?