Fear! High alert! Danger, Will Robinson! Jon Morrow just started Following me on Twitter! High alert! Where can I hide? What do I do now?!

Now, Jon Morrow is one my heroes, for many reasons. Hugely successful in overcoming ridiculously challenging circumstances. Freely sharing hard-won wisdom on behalf of a better world. Mega-popular. Ginormous following.

Why, then, is my first response not, He’s Following me. Oh how fab am I?! How cool is that?! But rather, Oh crap, get me outta here. Now.

Why? Because, in part, I experienced a fair amount of trauma as a child (1). My brain can interpret things as threatening when those things are actually neutral or mundane.

Even fabulous stuff can be perceived as a threat. The emotional response, and concomitant thoughts, are fear-based. Not reality-right-now based.

The neural networks in the brain that are involved in rational, abstract cognition — essentially, the systems that mediate our most humane and creative thoughts — are very sensitive to emotional states, especially fear,” says Perry [Dr. Bruce Perry, Senior Fellow of the ChildTrauma Academy].  … .

Every loud sound suddenly becomes a potential threat, for example, and even mundane circumstances such as a person who avoids eye contact can take on suspicious and ominous meaning and elicit an extreme, alert-ready response. Such informational triage can be essential to surviving traumatic experience, of course.  “Severe threats to well-being activate hard wired circuits in the brain and produce responses that help us survive,” explains Joseph LeDoux, professor of psychology and neuroscience at New York University.  … . (2)

My Life is Being Threatened

Jon Morrow is not a saber-toothed tiger. My increasing visibility and success are not life-threatening situations from which I need to flee.

Mindfulness saves my day. (As does creativity. But that’s another post, for another time. And mindfulness really helps kick-start creativity, I’m telling you.)

1. Awareness “You can’t get where you want to go if you don’t know where you are.” (3) It’s called mindful awareness because … well, the practice cultivates awareness. For instance … I’m being Followed. OH NO! Wait. That’s a fear response. OK. I am not under attack. OK. I feel that fear. I don’t have to act on it. OK. Jon Morrow is not a saber-toothed tiger. This is positive. OK. Next?

2. Choice When I’m feeling good, on it, I can stop myself from tearing across the savanna, fully freaking out because my reptilian brain believes we’re being chased. It’s harder when we’re tired. But we can still do it. Choose a course of action, using your mindful awareness chops.

3. Responsibility It is the 21st century. There are no longer literal slathering slobbering beasts chasing most of us. My thoughts are not reality. I have a cerebrum. I can be responsible for my choices. Use that cerebrum.

Those of us who have experienced trauma might have to work a little (or a lot) more mindfully to move through fear responses that seem to be completely rational to that hard-working reptilian brain.

Use that fear. I’ve found that desperation and terror can be used as rocket fuel for achieving success. And if that means, first, feeling safe in the world, then that’s where you start.

The great news is that yes, it is possible. No, you do not have to hide in the corner when someone or something that matters comes knocking on your door.

You don’t have to experience a life-threatening situation to be traumatized. Anything that causes overwhelming stress that you can’t cope with on your own can be traumatic. That can include having a big emotional response that you’re unable to make peace with.

Your nervous system is on overdrive. You’re jumping at loud noises, and can be irritable and impatient (because you don’t have any bandwidth for anything weird or unusual to happen). Adding to the list of clues, you’re extra tired, plus anything else from the list above.

And because your nervous system is revving too high, you have a really hard time feeling calm. Your mind is thinking and your body is telling you, “I don’t feel safe,” even if you’re not consciously aware of it. Tranquility is a fantasy.

You don’t have to struggle alone anymore with feeling overwhelmed, afraid, and helpless. 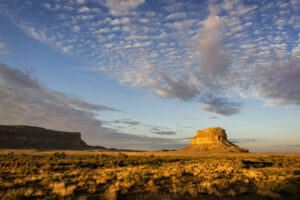 PTSD therapy and CPTSD healing can make a world of positive difference in your life.

All you have to do is send me an email to schedule a free, 15-minute phone consultation: melanie@melanieharth.com.

Let’s get you feeling better as quickly as possible.

1 Trauma can be experienced through physical, sexual, emotional, and/or psychospiritual abuse.