The Neurobiology of Relief and Release 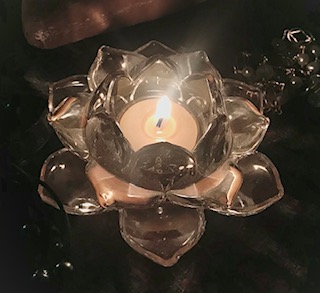 It’s been another week, hasn’t it?!

That’s a whole lot of trauma, my friends.

And yet, at the moment, we’re also experiencing an unfamiliar collective moment of celebratory relief and release.

The recent change in the presidential administration brought with it several first-time-ever’s, an inclusionary inauguration, focus on a few of the groups that have been historically excluded and traumatized by governmental systems … just to name a few things that are goin’ on.

Many of us are experiencing an almost PTSD-like release that’s somatic (physical body) and psychological (mental, emotional, and spiritual).

This release can manifest as:

Right now, there’s hope that the heaviness of the burden of not feeling safe is beginning to lift. For a lot of folks, the relief and release may happen in one big rush, with smaller waves washing over us.

You can expect it to happen unexpectedly.

Our minds are working to figure out what’s going on. What’s changed, what’s different, am I really OK or do I need to remain in a state of hyper-vigilance because the threat isn’t really gone?

It’ll take a minute for our physical bodies, brains, minds, and energetic hearts to all come into synch.

Allowing ourselves a bit of space and a lot of gentle kindness as we begin settling into feeling safe is the Rx.

Some of the positive effects of a nervous system that’s re-calibrating itself for safety include:

Each one of us has that light in our psyche, in our spirit. It may be a forgotten ember quietly burning beneath the overwhelm. It might be a small, heart-warming candle flame, or a full-on blazing fire.

Being that light is why we’re here. It’s what Pierre Teilhard de Chardin meant when he wrote that “someday, after mastering the winds, the waves, the tides and gravity, we shall harness the energies of love, and then, for a second time in the history of the world, [we] will have discovered fire.”

There are a lot of us ready to step into who we are and why we’re here. Now is the time. And we are the ones.

Amanda Gorman reading her poem at the 2021 Presidential Inauguration