Some days you overeat, or have an extra glass of wine or two, or sleep too much just to avoid the suffering you’re going through. Other nights, the anxiety makes it hard to get enough sleep.

If anxiety is causing you to suffer, you’re feeling unsupported and misunderstood, even a little desperate.

You hate feeling like you’re not in control, but you also doubt any decision you make. Emotional pain and sadness can cause you to feel trapped, with no way forward.

Even though people see you as successful and accomplished, you may be secretly struggling with trauma, whether it’s from the past or it’s been building up over time.

In quiet moments, you know you’re someone who has more to achieve and experience. You’re not a victim and you don’t want to be a martyr. You’re an intelligent, sensitive woman who doesn’t understand why you can’t just get over it.

So while you overachieve in your career and are accomplished in the external world, internally you’re left with a lot of loneliness and feeling numb. Sometimes it’s so bad you wish you just wouldn’t wake up.

You’ve given up on your dreams. It’s safer this way.

You’ve read the self-help books and tried talked to friends; maybe you’ve worked with a therapist, or talked with your doctor. And in Santa Fe, there are so many people who say they can help! From astrology to a shamanic healing, and from EFT tapping to EMDR, how are you supposed to find the right person?

Alternative is the name of the game in northern New Mexico. Spiritual advisors, study and practice groups and sanghas and world-renowned teachers and writing groups and … it’s endless, right?! It’s overwhelming.

In the meantime, you’re struggling.

You need an expert who truly knows what it takes to help you not only find relief but also to find your way into a better life.

I’m Melanie, the Santa Fe Therapist. I help women overcome their fears and frustrations and loneliness, no matter how strong and accomplished and successful they are.

I’ll help you figure out what’s going on and show you how to trust yourself again.

In balancing the science of therapy with the art of healing, together we’ll create an innovative program that’s unique to you and your needs, one that sets you on a path of success from the very first session.

My compassionate, creative approach weaves together my ability to hear below the surface of the words along with all of my advanced degrees and years of specialized training and professional experience. Over the years, I’ve done personal work with some very good “woo-woo” healers and elders myself. I understand the worlds of the spiritual, mystical and subtle energies, as well as the science of Western psychology.

You’ll be working with a wise, evidence-based therapist … a therapist who really understands.

And it won’t all be horrible and terrible, I promise. I love a good book, bingeing the occasional streaming tv series, and having a good laugh together once in a while.

Also, please know that I welcome ongoing conversations about making therapy the best experience it can be for you. ‘Cause that’s why I’m here.

What To Do Now

If you’re ready to begin pulling out of the pit of despair and start creating the future you most desire, please be in touch for a free 15-minute conversation. Call me at 505-699-4197 or send me an email: melanie@melanieharth.com.

Remember, therapy with the right therapist will serve you the rest of your life.

Doing the deep work of transformation requires a well-trained, seasoned professional. I earned a master’s in clinical psychology, and then an interdisciplinary Ph.D.

As part of my doctoral research, I completed the training and initiations to receive my subtle energy Reiki Master Teacher accreditation in New York City. And then I repeated the trainings with another teacher in Boulder a few years later.

I’ve been researching and practicing mindfulness and meditation for over a decade, completing two MBSR certificated training programs, both in New Mexico.

I studied Tibetan Buddhism and trained with Dr. Reginald Ray, and with Hindu spiritual teacher, Amma.

Producing and hosting a popular public radio show, Living From Happiness (KSFR 101.1fm), for the last five years has given me the opportunity to go deep and get personal with thought-leaders and change-makers.

And I’m the mom of a 41-year-old special person with special needs.

Once Upon a Time

Once upon a time, I was living a fairy tale life in Paradise, married to a very charming prince. In the very small, and exquisitely privileged community of Aspen, Colorado, my Cinderella fable unfolded as I played the role of socially acceptable, no-trouble, non-threatening wife of “the unofficial mayor of Aspen,” as someone once described my husband.

At least that’s the facade I worked so desperately to project out to the world. So they’d all leave me alone. So I could feel safe.

For heaven’s sake! I had no business being part of that life. I was no one. I knew nothing.

The facade begins crumbling. Cinderella gets lost. She begins drinking more. So desperate to fit in, so ill-suited for this fantasy life, I drink for camouflage. To hide from everyone else, as well as from my own miserable self. To fit in. To cope.

There are legendary poker games with the long-time sheriff and his wife; the Pulitzer-prize winning war correspondent/newspaper publisher who goes on to run NPR’s foreign desk for several years and his wife; the Tibetan Buddhist scholar who later becomes the founder of a respected interdisciplinary spiritual school; the executive director of the internationally famous visual arts facility and his wife.

One fine summer Sunday evening around 9:30 pm, Hunter S. Thompson sets off firecrackers outside the open window, then climbs in said window to hang out for a while. He lives next door to the Tibetan Buddhist scholar.

How cool am I? These Cinderella shoes are getting pretty comfortable.

How do I end up at that table, with these incredible people, trying to understand even one word of whatever it is that Hunter is mumbling? It sure isn’t because of my skills as a poker player.

Yes, Please, I’ll Have Another

Hostess to the best classical musicians in the world, along with extremely wealthy patrons and politically powerful locals during marathon after-concert dinners in the private dining room at the fabled Little Nell Hotel.

No, it’s late. Not another bottle. How about just a glass (OK, a large one) for now?

I drank in the gorgeous second or third vacation homes of people who flew into Aspen for the weekend on their private Lear jets. Cinderella was very polite and empathetic listening to people complain about the difficulties of owning more than one (large, and very grand) home.

Yes, that must be so hard for you. Oh, yes, thank you, I’ll have just a little more.

Before the world-premiere opera performance at La Scala in Milan, during an unforgettable chef’s-pleasure private dinner at Sukhothai in Zurich, all through the late-night dinner with the Paris Opera’s musical director and the oh-so-famous opera diva who just happened to be in the restaurant at the same time? I drank.

In 1995 I got so sick of myself that I packed up my car, and headed out to the desert for a month-long solo road/wilderness camping trip that included an Outward Bound rock-climbing course in Joshua Tree.

At the end of the course, I was voted “Most Courageous.” The second day in the desert, I’d stumbled on some loose rocks while we trudged from one camping place to another, falling heavily into a cholla cactus. A broken-off piece of the cactus was embedded deep into my left forearm and hand by its fish-hook spines. It took both course guides tugging on the foot-long piece of cholla, their hands protected in thrice-wrapped clothing, to rip it out of my skin.

Emergency trip into town so the urgent-care doc could dig out some of the buried spines. The rest, he said, would take up to a year to work themselves out.

“Most Courageous.” What no one knew, not even me, was that I’d lost my balance and fallen because I was detoxing from the absence of alcohol. No alcohol allowed on-course.

Much of the exquisite Southwest landscape upon which I spend the rest of that trip is on Native American reservation land. Can’t buy alcohol on reservation land. Or on Sundays in Utah. I find myself plotting crazy detours, based on geography and day of the week, so I have enough alcohol in the car while camping in remote locations.

When I eventually get back home, odd little lumps under the skin in my left arm from cactus spines, there’s an entire case of wine and four 6-packs of beer in the back of my car. Just in case.

Four months later, I stop running — it wasn’t working — and face the demons I could no longer ignore.

I started walking the long road of healing my broken heart. I learned how to begin healing the pain of childhood sexual trauma. Of selling myself and my dreams out, over and over again (boy, that’s a book!). It took some doing to peel back the layers of built-up defenses and heal the wounds.

Has it been easy? Not always. Would I do it differently if I could go back? Well, sometimes I wish I could reclaim the years I spent running away from myself. I started out with a good career in marketing and PR, but I didn’t step into my power as a professional until I began working with a good therapist and started healing.

Has my personal journey made me a better psychotherapist? Oh, hell yes. 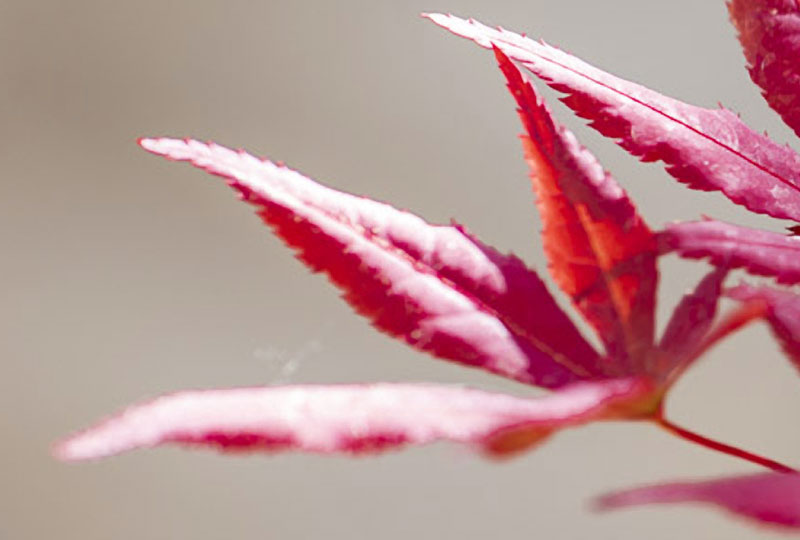 “I’ve worked with a lot of therapists and coaches. No one has ever given me as much as you have!

I’m learning great tools for dealing with life, and I’m happy, and excited to be moving ahead.

You go above and beyond what anyone else has ever done for me. Thank you for your compassion.”
~TS 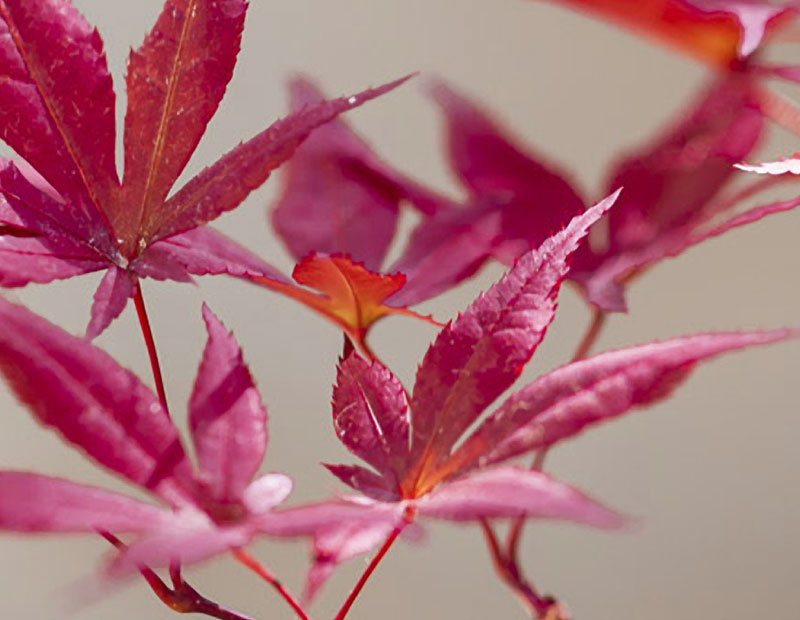 “The tools and resources Melanie shared with me facilitated profound emotional awareness and healing. Each day I find myself awakening to the woman I want to be and to create the life I want to have.

During our work together, Melanie was a blessing in helping me deal with an unexpected and devastating trauma. Thank you for everything, Melanie!”
~RR 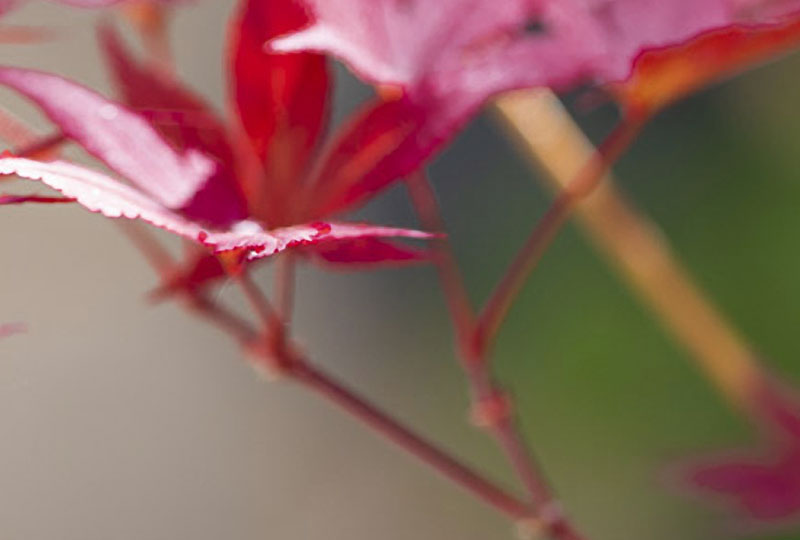 “I’m doing really well. I can breathe again. My anxiety is down and I am much more at peace – at ease with myself.

Thank you for all your help and launching me into the stratosphere!!! In gratitude.”
~AB

You don’t need to struggle alone anymore with anxiety, sadness, or trauma