Increase Self-Esteem … Yes, You Can 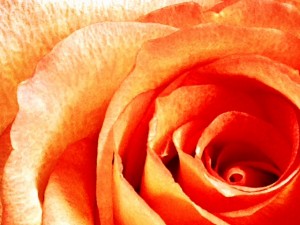 Increase self-esteem and begin blossoming into yourself — it’s a beautiful thing!

Struggling with low self-esteem can be such an invisible problem! So many people who look like they’ve got it all together — good relationships, satisfying jobs, easy lives — actually suffer from low self-esteem.

Low self-esteem can keep you from … well, everything.

Joanne was one of those people. She had an incredible resume of experience and talents. Attractive, smart, funny, she was interested in lots of different things, from art to politics, and from travel to architecture.

But when we first started working together, she was completely stuck. She felt confused, overwhelmed by her own self-doubt and almost constant negative self-talk. She couldn’t imagine anything better for herself.

She liked journaling. So for a few minutes in the evenings, as she was settling into bed, she wrote a little gratitude list for whatever feel-good things had happened that day.

She started challenging her false beliefs by looking at all the facts.

Lies You Tell Yourself

Gratitude lists help re-train the brain by focusing on positive experiences. The brain has a built-in “negativity bias” — that’s what helped keep us safe back in the days when we had a good chance of being something’s lunch.

We don’t much need to worry anymore about being lunch, but our brains still have that primitive fight-flight-freeze instinct.

When you focus on the positive, you’re inviting balance and harmony into the lies of I can’t, I’m not ready, I’m not safe. New neural pathways are being formed in the brain every time you emphasize the positive.

And very importantly for people suffering from low self-esteem, it also invites more of what’s actually true to join the party.

Almost immediately, Joanne saw how much of her time and energy was being wasted on negative self-talk. Which was feeding her lack of self-confidence, thereby reinforcing her brain’s built-in negativity bias.

She got much faster at hearing her own inner critic, that always-ready perfectionistic voice telling her she was doing it wrong, or wasn’t qualified to go after the job she wanted … you know that voice, right?

Start hearing your own stories = free up tons of energy and space.

Who (or What) is Defining Your Values?

Once she understood that these negative, fear-based thoughts a) weren’t even true, and b) had been making most of her decisions for her, Joanne was then able to begin choosing more mindfully.

She started to become who she’d been all along, as Dr. Rick Hanson puts it in Buddha’s Brain: The Practical Neuroscience of Happiness, Love & Wisdom.

Her self-esteem began improving as she began separating out:

Then, as she felt better — more empowered, and happier — she hit an internal speed bump.

An especially big, bad monster started showing up in her thoughts. You’re selfish. What are you doing, spending all this time on yourself?! You don’t think about anybody but yourself.

You can’t write that book, get that job, do/have what you want — are you nuts?!!!

Maybe you’re familiar with this monster, too. Lots of folks struggling with low self-esteem believe that it’s just selfish, sister, to do what it takes to feel good.

No, it is not selfish or self-absorbed or narcissistic to hold oneself in (humble) high regard. As long as it isn’t a mask, a facade, a pretense of high regard. Pretending to feel good, walking around all puffed up and fabulous at everyone else’s expense, that’s self-absorbed narcissism. (And another way that low self-esteem can manifest itself, by the way. It’s the opposite of I’m too small to matter. Narcissism says I’m so scared I don’t matter that I’m gonna act like I’m super-big, and you don’t matter at all.)

A decent, honest sense of open self-confidence and self-regard is a beautiful thing. As soon as Joanne could distinguish the truth from the monster’s lies, she really began to blossom.

And so can you. Anyone can do it! Here’s how to get started.

1. Use mindful self-observation. Start listening to yourself. Slow down, take a few minutes to write what you’re hearing yourself say to yourself, and how you feel about it. Write in your journal several times a week. Paint or collage or dance, then quickly jot down what you’re noticing.

2. Practice Joanne’s technique of being grateful for the good things every evening as you’re falling asleep. Good things happen every day. If you can’t find any, send me an email.

3. Learn a simple mediation practice. I like Tara Brach’s work. Her loving-kindness meditation is especially terrific for helping increase self-esteem. Are you worth 15 minutes? Can you give yourself permission to receive this gift?

4. Question your thoughts. Learn to ask, Is that really true? and What else might be true? Notice your own negative biases. Pay attention to all-or-nothing (black or white) thinking.

5. Create short, simple, sweet little intentions each week reminding your brain to focus on the positive.

6. No self-judgment allowed. Just notice what you notice without calling it awful, horrible, and/or crappy.

7. Think about it as though you’re training a little dog … she needs to be constantly re-directed to behaviors that are appropriate, and not rewarded for those that are being phased out. Positive reward for positive behaviors (including thoughts). Savor the sweetness. No reward for so-called negative behaviors. When you notice the old negative patterns, simply re-direct yourself. Feed, pay attention to, reward what you’re working towards, not what you’re leaving.

8. Keep reminding yourself that your life is worth taking the time to release these old unhealthy patterns. Low self-esteem can be the trigger for increased stress, anxiety, dysthymia, and/or depression. Which can then result in a cascade of self-soothing behaviors that become addictions, if not dealt with early in the game. This damaging cycle can take over your whole life.

If you feel inadequate, you’ll often act that way. Resulting in less-than-satisfying results when you try something. Which feeds the negative bias in your brain, See, I told you you couldn’t do it!

9. Be gentle and kind to yourself. It might be the first time anyone has.